We've noticed you're still using an outdated browser that is no longer supported on GCI.com. Please consider upgrading to Chrome, Firefox or the newest Internet Explorer.

GCI roots for the home team 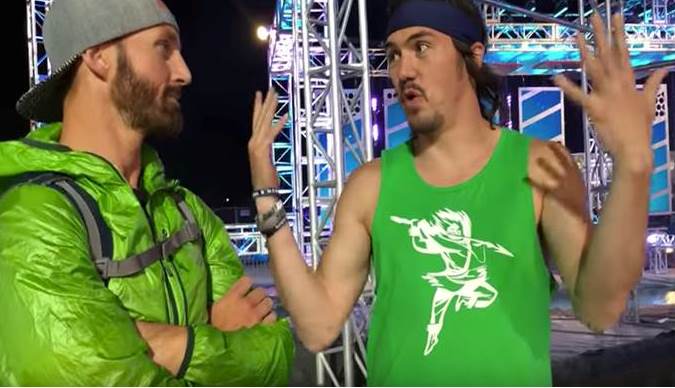 With the support of GCI, Nick Hanson, a World Eskimo-Indian Olympics champion from Unalakleet, will compete in the season finale of NBC’s hit show “American Ninja Warrior” on Monday. The three-part season finale in Las Vegas began earlier this week. Hanson is set to tackle the extremely challenging obstacle course, known as Mount Midoriyama, in part two of the season finale on Monday—or quite fittingly—Labor Day.

“Nick has already made Alaska proud and we know he will do an outstanding job in the season finale,” said Heather Handyside, director of corporate communications at GCI. “Regardless of the outcome, it’s incredible to see this Alaska-born-and-raised athlete get recognition at this level. We’ve been watching ‘American Ninja Warrior’ all season and we will definitely be cheering him on Monday night!”

Building on the excitement of the season finale, Hanson teamed up with GCI to give his fans a behind-the-scenes look from the “American Ninja Warrior” competition in this video exclusive, “Behind the scenes with the EskimoNinja.” GCI sponsored Hanson in his second quest at the title of “American Ninja Warrior” by assisting him with travel costs to compete in Los Angeles, where he breezed through the semifinals.

The second night of the “American Ninja Warrior” finals can be viewed on NBC this Monday, Sept. 5 at 7 p.m. GCI will host a viewing party at the Peace on Earth restaurant in Unalakleet, which is owned by the Hanson family. The community is encouraged to attend and support the hometown favorite.

GCI delivers communication and technology services in the consumer and business markets. Headquartered in Alaska with additional locations in the U.S., GCI has delivered services for more than 35 years to some of the most remote communities and in some of the most challenging conditions in North America. Learn more about GCI at www.gci.com.