Ron Duncan is CEO of GCI. He first came to Alaska in 1977 with some Alaska friends he met during graduate school. He moved to North Pole, Alaska in 1978, where he lived while starting a cable television company in Fairbanks. In 1979, Ron moved to Anchorage where he and Bob Walp started GCI. In the 40 ensuing years, GCI has grown to become the largest telecommunications provider in Alaska, with more than 2,000 employees and almost $1 billion in revenues. In April of 2017, GCI and Liberty Interactive Corporation signed an agreement to combine GCI with certain assets of Liberty Ventures Group to create a new corporation with an enterprise value of $8.4 billion to be called GCI Liberty. The transaction valued GCI at $2.7 billion and closed on March 9, 2018. Ron continues to run GCI. Ron is a passionate pilot with more than 8,000 hours of flight time in everything from single engine amphibious planes to mid-size jets. He is a board member and past chairman of the National Business Aviation Association. Additionally, he serves on the boards of the National Cable and Telecommunications Association and Cable Labs, which is the telecommunications industry’s technology think tank. He is a past chairman of the Anchorage Economic Development Corporation and the Alaska Science and Technology Foundation. Ron has an undergraduate degree in Economics from Johns Hopkins University and an MBA from Harvard. Ron is married and has a grown daughter who is also an entrepreneur. 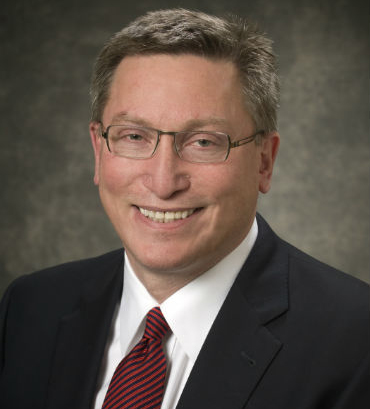 Greg Chapados is GCI's President and COO. He served as Executive Vice President and Chief Operating Officer since June 2012. Prior to that, he served as senior vice president since June 2006. Before joining GCI, Chapados was a managing director at two boutique investment banks in Dallas, Texas, specializing in the defense and telecommunications industries and served as senior vice president, new business development at Crown Media, a cable system subsidiary of Hallmark Cards. Before moving to Dallas, Chapados served as Assistant Secretary for Communications and Information in the U.S. Department of Commerce during the George H. W. Bush administration and chief of staff to Senator Ted Stevens (R-AK). 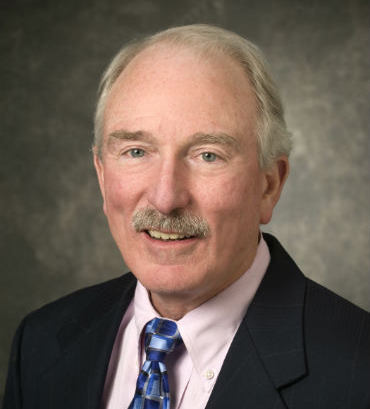 Wilson Hughes was named Executive Vice President, Wireless in June of 2012. Prior to that, he was the Chief Operating Officer of GCI since June 1991. Hughes has more than 40 years of experience as an executive, engineer and project manager in the communications, engineering and construction industries in Alaska. He is past chairman of the Anchorage Economic Development Corporation and is past chairman of the Alaska Industrial Development and Export Authority. He currently serves as a board member of The Conservation Fund. Prior to joining GCI, Hughes was president of Northern Air Cargo of Anchorage, Alaska. He has also served as president of Enserch Alaska Services Inc., an Alaska construction company and Frank Moolin & Associates, Inc., an Anchorage engineering firm. He received a bachelor’s degree in electrical engineering from the University of Missouri at Rolla and a master’s in science and engineering management from the University of Alaska. 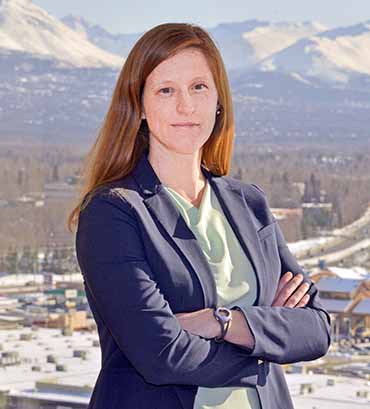 Becky Windt Pearson was named Senior Vice President, Law and Corporate Advocacy, and General Counsel in February of 2020.  Becky served as the Municipal Attorney for the Municipality of Anchorage from 2017 to 2020, where her primary focus was on guiding the $1 billion sale of Anchorage’s Municipal Light and Power utility to Chugach Electric Association, Inc.  She previously served as GCI’s Senior Director of Real Estate and Land Use Counsel from 2015 to 2017, as an attorney and shareholder at Ashburn and Mason, P. C., and as a law clerk for Judge Morgan Christen, then an Alaska Supreme Court Justice.  She earned her J.D. from Yale Law School and her bachelor’s degree from Harvard University, and was one of Alaska’s 2018 Top Forty under 40. 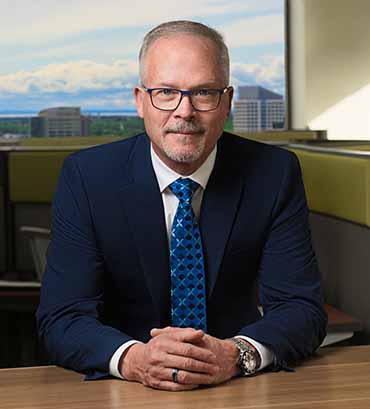 Paul E. Landes joined GCI in 1999 and has been a member of the senior executive team since January 2011 when he became senior vice president of consumer services. Currently responsible for all areas pertaining to residential products, Landes and his team have developed a reputation for creating innovative campaigns that have resulted in accelerated, long-term growth for Alaska’s largest telecommunications company. Notable milestones include overseeing the development of all 38 storefronts in the state, launching the GCI 1GIG red service in Alaska, and increasing the number of household cable modems from 1,000 to 125,000 over the course of his tenure.

Landes currently serves as Board Chair for the Alaska chapter of Volunteers of America, and in 2018 was named as the Alaska Chapter of the Association of Fundraising Professionals’ Outstanding Philanthropist. In 2018, Landes helped launch a $2 million endowment supporting Special Olympics Alaska in honor of its late president and CEO, Jim Balamaci. That same year, Landes also led dozens of business executives and the community at-large in raising more than $1 million for the Covenant House Alaska Sleep Out: Executive Edition. Landes received his bachelor’s degree in business administration from The College of Great Falls in Montana. 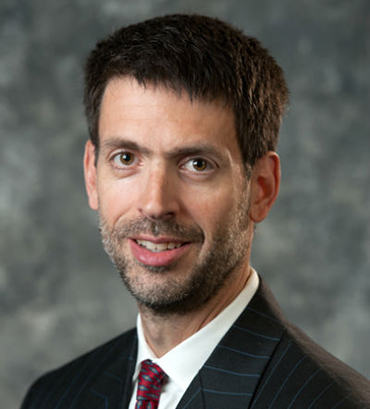 Pete Pounds was named GCI’s senior vice president and chief financial officer, effective January, 2014. Prior to that, he has been the company Secretary since 2012, and vice president, Finance since 2009. He joined the company in 1997, as a business analyst, from KPMG Peat Marwick. He is both a Certified Public Accountant and a Chartered Financial Analyst. 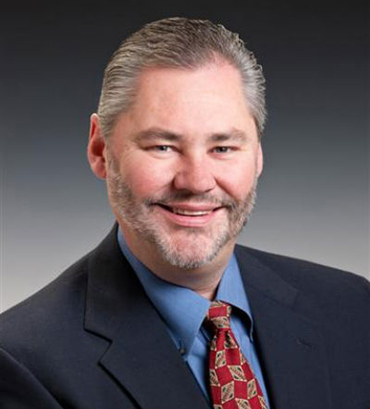 Martin Cary joined GCI in 1997 as vice president of rural services. In April of 2016, he was appointed GCI’s senior vice president and general manager of GCI business. Cary is responsible for guiding the strategic direction of all GCI business efforts. He will lead initiatives to evolve GCI’s delivery infrastructure to best support our whole range of customer applications. In 2000, he became vice president and general manager of managed broadband services (MBS). Under his leadership, MBS increased annual revenues from $2 million to $150 million. Cary also played a key role in the financing and construction of the Terrestrial for Every Rural Region in Alaska (TERRA) network. Before joining GCI, Cary was senior partner of Astrolabe Systems, Inc., a technology consulting firm acquired by GCI in 1997. Prior to Astrolabe Systems, Cary served as the director of information technology for the North Slope Borough School District for nearly a decade. Cary currently serves on the boards of the Alaska Vocational Technical Center (AVTEC), United Utilities Inc., and the Alaska Sea Life Center. 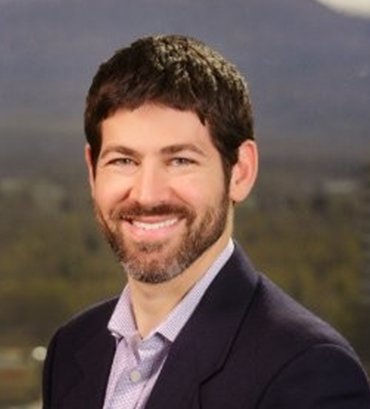 Billy Wailand joined GCI’s senior executive team as Senior Vice President, Corporate Development in January 2021.  In this role, he leads strategic negotiations with major customers, vendors, and telecommunication partners inside and outside the state.  He also heads cross-departmental company initiatives developing and implementing long term strategies for enhancing GCI’s leading statewide telecommunications network. Billy came to GCI in 2014, first serving as GCI’s Associate General Counsel and then as Vice President of Corporate Development. Prior to joining GCI, he was a law partner at Feldman Orlansky & Sanders, a law clerk for Justice Dana Fabe, then Chief Justice of the Alaska Supreme Court, and an associate at Debevoise & Plimpton LLP in New York.  He earned his J.D. from New York University School of Law and his bachelor’s degree from Harvard University.  Billy brings 15 years of business and legal experience to his role.